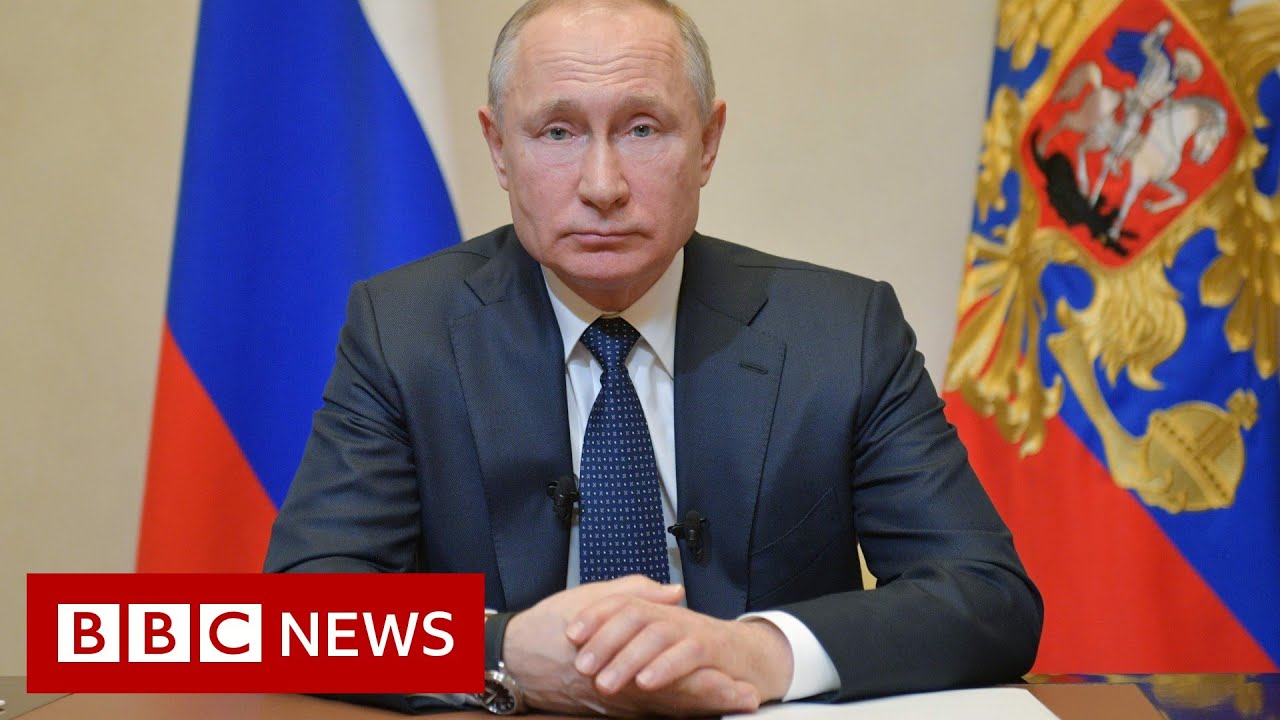 Russian President Vladimir Putin has postponed a vote on constitutional change that would allow him to stay in power, because of coronavirus concerns.

He said the public vote – previously due to be held on 22 April – would be delayed until a “later date”.

The proposed changes include scrapping a ban on allowing Mr Putin to run for office again.

The changes have already been approved by parliament and Russia’s constitutional court.

They would give Mr Putin – who is serving his fourth presidential term and has dominated Russian politics for two decades – the right to serve two more consecutive terms.

That's a very important information at the moment for Western World (no). Why don't you say anything about Russian help to Italy, you capitalist pigs?

Putin let coronavirus off to stay in power

I wish we had a president like Vladimir Putin.. He is a great president, and a strong leader..

Putin will step down isn't he? He made a speech during the summer or spring, where he said that he will be stepping down in 2020 or 2021 (can't remember) accordingly to the russian constitution. Am I wrong?

Haaaaahaaaaa! Yea ! Like he is going to be ousted ? Com on ! He will voted back by 99 percent .

Am sick . All my respect for Putin and his help for Italy and Italians

Let them say what they want about putin, at least he doesn't allow his people to lose their country, allow their kids to be abused by primitives.
UK establishment are too busy being c0rrupt, hiding everything, censoring everyone.
Letting 1 million innocent indigenous children over 40+ yrs become victims IN THEIR OWN HOMELAND.

Like a Boss
See Bojo, that is how you do it you clown.

His not going anyway soon

Putin is god, the BBC is gay

Not my country, don't care.

Russian leaders either get all of the votes or none of the votes. Been this way since stalin and earlier

One week a paid holiday OH BOY! I mean it's not like he looking for vote. He is the declared and only winner.and only candidate…sort of like the US Election in November… Donald Trump and Sleepy Joe and we know who will win that one.

Trump should visit the patients too

This fuckface at last starts to see that he have done to little "right"decissions and to late.

I mean, why bother to pretend at this point, its all obvious theatre….